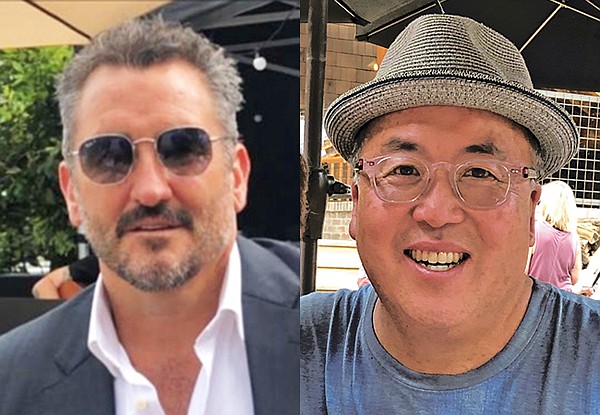 The CALA Men’s Trend Show show will be co-produced by Ken Haruta, founder of the West Coast Trend Show, and Gerry Murtagh, founder of CALA.

The CALA Men’s Trend Show will make its debut at the Marriott Hotel and Spa in Newport Beach, Calif.

The latest partnership to hit the trade-show floor is the CALA Men’s Trend Show, a project announced by founder Ken Haruta of the West Coast Trend Show and founder Gerry Murtagh of CALA. Blending Haruta’s deep roots in men’s events with Murtagh’s expertise in delivering a buyer-and-exhibitor-focused atmosphere, the duo are developing a destination for serious business at an affordable rate. The event will run Aug. 15–17 at the Marriott Hotel and Spa inNewport Beach, Calif., a property that provides a safe, alluring atmosphere for visitors.

“My goal is to have an affordable show for designers and for reps so they can actually make a profit by coming to our show,” Haruta said. “That is the main focus for me. The key point is a return on investment. I want the retailer to be comfortable in an open-booth environment.”

“It was all because of Michael Kofoed, who is a partner at True Grit,” Haruta said. “He has been asking me for the last year and a half, ‘Why don’t you partner up with Gerry to do a better show?’ It’s been the perfect marriage between the two of us. He gives me my space, I give him his space, and we do our jobs. I know what he is good to do and I know what I can do.”

Traditionally a show producer for women’s contemporary apparel and accessories, Murtagh is gaining fresh experience joining Haruta in producing a men’s show. CALA has experienced immense growth in the last months with the brand’s productions in Salt Lake City; Scottsdale, Ariz.; and Seattle. After expanding into new cities, Murtagh is ready to expand into the men’s category with his event formula, which caters to the needs of buyers and exhibitors to ensure everyone can get down to business in an inviting atmosphere.

“We’re bringing shows to buyers’ backyards, and they are appreciating it,” Murtagh said. “The Scottsdale show was phenomenal, and the buyers can’t thank us enough. We had a show at the Hotel Valley Ho resort. Having a show at the resort creates this great energy. It puts everybody in a good mood. We were sold out in three days.”

In addition to blending CALA’s attentive, intimate atmosphere with West Coast Trend Shows’ legacy, Haruta and Murtagh will provide amenities to create a more comfortable and enjoyable business atmosphere. For exhibitors, the show will provide breakfast and lunch. Retailers who are staying at the Marriott will receive a $75-per-night reimbursement, good for up to a two-day stay. One of the most-exciting amenities is a launch-night cocktail reception that will be hosted on Aug. 15 at Gary’s, the John Braeger–owned fine-goods men’s retailer located at Fashion Island in Newport Beach.

“We’re having a great cocktail party at Gary’s. They are a wonderful store,” Haruta said. “Those are the types of relationships you build over time. It doesn’t happen overnight.”

While business is the priority for the CALA Men’s Trend Show, Haruta and Murtagh wanted to also choose a location that would allow guests and exhibitors to enjoy their surroundings.

“We’re putting a show on in the middle of August, when kids are out of school,” Murtagh said. “It’s close to the water. Someone could couple a business trip with a family vacation.”

This new CALA Men’s Trend Show is already serving as a point of momentum for the producers. Following the show, Murtagh will host his branded women’s show Aug. 18–20 at the Marriott in Newport Beach. There are also plans to build the CALA Men’s Trend Show into a biannual event, with discussions focused on February 2022. The pair could also eventually combine the men’s and women’s categories for a show that affords greater opportunities.

“People are waiting for an open-booth show to open up, and ours is the perfect vehicle,” Haruta said. “It is in a nice city. If people want to take an extra day off, they can do it. We’re attracting all the good brands. It’s all set up to be a success.”