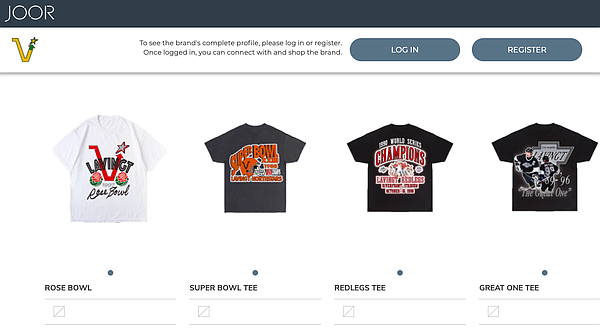 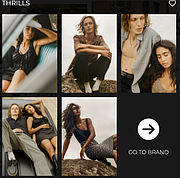 It was a partnership forged by seeking opportunity after a year of the COVID-19 pandemic, and Sannia Shahid, LAMM’s sales director, said that the collaboration was a success. “We wanted to give buyers and brands both shows at once. We wanted to make things as easy as possible. The solution was one digital show. There was strength in numbers,” Shahid said.

The shows have a similar focus on high-end men’s fashion and lifestyle; however, they have different strengths. LAMM serves brands selling off-season collections such as Summer and Holiday, while Liberty focuses on Fall and Spring. With their technology partner, Joor, the collaboration hosted a digital trade show for 81 vendors. Attendance was calculated according to page visits on the platform. There were an estimated 7,000 event- and profile-page visits, said Edwina Kulego, Liberty Fairs’ vice president.

Mark Werts, the founder of American Rag, said that working a digital show was necessary for doing business during the pandemic.

“If you have one choice, you take it. You participate digitally or you don’t participate,” Werts said.

Making a brand statement during the pandemic is important for vendors, said Grant Bloodworth, founder of Bloodworth & Company, a Los Angeles–headquartered wholesale and public-relations company. “I want to know that buyers will remember me and also know where I’ll be once we get back to in-person events.”

Bloodworth represented the knits brand Velva Sheen as well as Arvin Goods, which makes socks out of recycled cotton and hemp bio fiber. Bloodworth said that business was solid. “Orders are good. Customers are placing good-size orders. No one is limping in. No one is coming in with small orders,” he said. Another advantage to doing a show online is that a trade show can turn into a global forum. He noted that he did business with retailers from New York, Seattle and Salt Lake City and also received orders from retailers headquartered in Scotland, Germany, Sweden and Paris.

Kulego said that another milestone for the digital trade show was increasing participation from global retailers from East Asia, the Middle East and Latin America.

While both trade shows are eager to return to producing in-person events, future collaborations between the shows are being discussed, Kulego said.

“It’s been such a great experience working with Sannia and her team. There always has been synergy with the brands that attend LAMM and Liberty in Vegas. There’s a lot of brands that do both of our shows. Because we exhibited at different times, our brands have been able to do each show,” Kulego said. “The best reaction is to not have various retailers look for brands on various platforms. That was one of the intentions of the collaboration. Look, it’s been a really tough year. Everyone is having a really hard time. Let’s not make anything harder for our community. Let’s support the community and work together, and it’s been wonderful.”