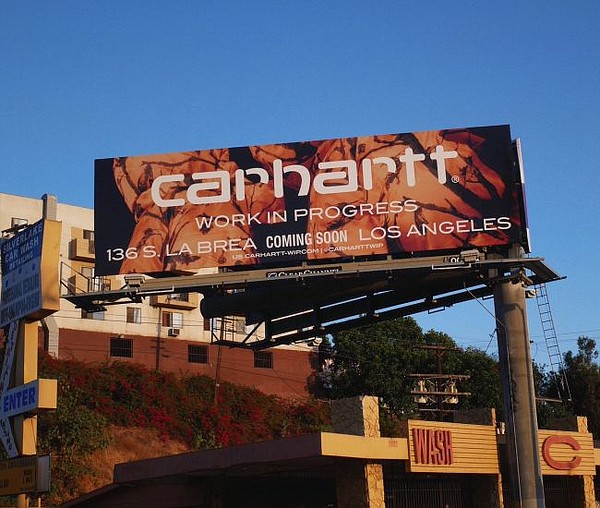 The street is welcoming two more additions. Carhartt, a workwear brand popular with the streetwear set, posted a billboard saying that it will open a shop on 136 S. La Brea Ave., near the pioneering specialty retailer American Rag. An email to Carhartt requesting a confirmation when the store will open was not returned by presstime.

Golden Age, a purveyor of high-end vintage, also opened a shop at 120 S. La Brea earlier this month. The brand also sells a self-named line of tees, sweatshirts and jeans which celebrate the golden era of Hollywood, which ran from the 1930s to 1950s.