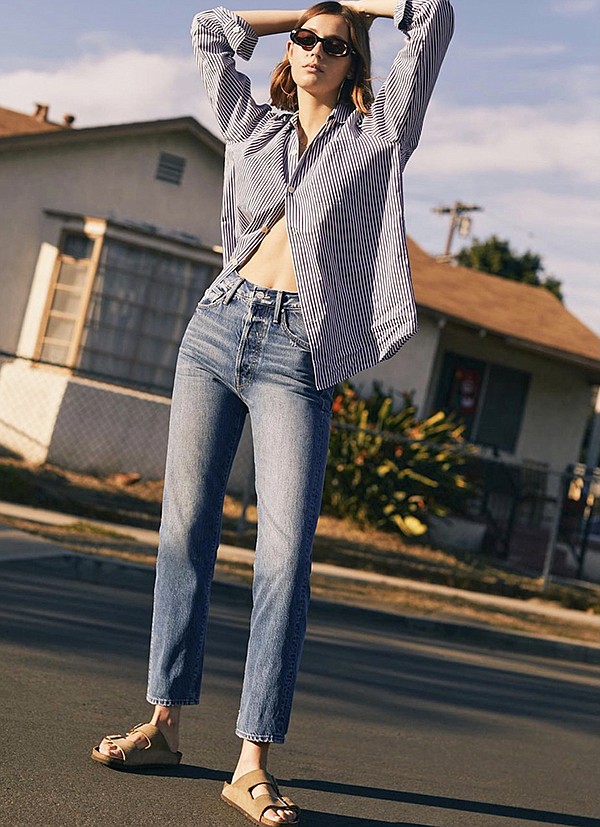 For independent California-based retailers, it’s clear that their development of a greater e-commerce presence has aided them during this time of need and allowed them to remain in touch with trends that are selling well during these challenging times. 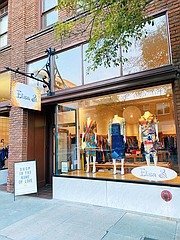 Elisa B. exterior | Photo courtesy of Elisa B.

Since 1993, Elisa Bruley has run her better-contemporary boutique Elisa B. She said that the secret to longevity is good customer relations. “It’s important to have a point of view, but it is more important to understand your customer. I rely on the loyalty of my clientele, and they have been fiercely loyal. I’ve been lucky,” she said.

To keep business going during the toughest months of the pandemic, Bruley offered a number of promotions, including one called “Love Virtually,” which was inspired by the 2003 hit movie “Love Actually.” In this campaign, Bruley filmed herself using cue cards proposing to her customers to take advantage of a special promotion.

With this promotion, if shoppers redeemed unused gift cards, they would receive progressive discounts. Gift cards were offered in denominations of $100, $300, $500, $1,000 and $3,000, and the discounts on the gift cards ranged from 10 percent to 50 percent. Bruley estimated that 90 percent of the gift cards were redeemed, and it helped to safely steer the shop through some of last year’s worst times. Creative promotions also gave her time to scale up her digital-commerce operations with a Shopify store.

Elisa B.’s digital shop has continued developing, and what Bruley has found trending, not surprisingly, is anything casual, comfortable and cozy. Popular items include the High Waisted Hiker Hover jeans from the Mother Denim label, which retail for $258. “It’s not the typical boyfriend jean,” Bruley said. “They’re not oversized. The leg is straight, but it has a vintage look and wash.”

Los Angeles–headquartered The Great has also been selling well. The brand makes a range of clothing including tops, sweats and printed dresses. Among the top performers are The Great’s knit cardigans, priced between $300 and $400. 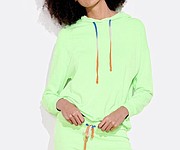 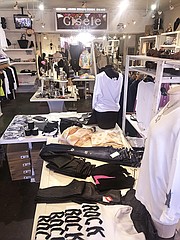 Gisele Tune Clothing has sold contemporary and one-of-a-kind clothing in Los Angeles’ Studio City neighborhood since 1993. Since the pandemic started, Gisele Tune, the founder of the self-named store, said that she has sought to blend what her customers loved about her physical shop with digital business.

“Making sure my customers feel safe shopping is my top priority,” Tune said. “People shop with me because they appreciate the personal attention and care they receive. Now, I’m not just delivering on this expectation in-store but also via one-on-one virtual appointments and phone and video consults.”

Personal appointments are conducted through FaceTime and Zoom. If sales are made locally, products are dropped off at consumers’ residences for free.

Pre-pandemic, a major focus of Gisele Tune was denim. Pants with an elastic waist and anything that is stretch is now popular, she said. Top-selling items have been from the Los Angeles–headquartered label Sundry. Sweatpants sell from $180 on up.

Her customers also have been buying pants from an Italian brand with a name limited to one letter—I. The pants retail for $68. Israeli label Bevy makes pants out of a stretchy material that retail for $185 and also has been selling well.

For one-of-a-kind clothing, Tune plans on further developing her T-shirt store’s detailing and alteration service, where she and her staff alter T-shirts and put decorations on them. “It’s harder for individuality to shine through on a computer screen, but with customizing T-shirts we can help our clients with that,” Tune said.

During the pandemic, Robin Bernardoni built omni-channel and digital channels for her Sacramento-area stores. Two locations do business under the nameplate of Button Up Boutique; another is named Runway Boutique.

Bernardoni’s team helped develop an e-commerce shop that attracts buyers from throughout the United States. It has also served as a billboard to increase interest in the physical stores, where shoppers can pick up goods curbside, said Lucy Wheeler, a Button Up manager.

“Instagram has been a driving tool for us, keeping our feed fresh and posting new arrivals daily,” Wheeler said. “Customers use this to screenshot pieces they love and send to their personal stylist at Button Up or simply shop directly from the post.”

Button Up customers are buying denim. A popular item has been the jogger pant from the Paige brand. “Looser fits are in now,” Bernardoni said. The jogger retails for $225. “Cost has not been an issue,” she said. “People are spending. But they are just spending differently.”

Another popular item has been the cargo-pocket tie-front top from the Maven West label. It retails for $188. “It’s ageless. My mom will wear it; my daughter will wear it,” Bernardoni said. 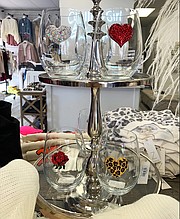 With roots in selling clothing at private parties in addition to fund-raisers for local high schools and nonprofit organizations in South Orange County, Calif., the bricks-and-mortar store CAllie Girl was gaining momentum selling affordable casual clothes with trend-driven styles for major events such as Coachella and the Stagecoach Festival. In 2019, the store was put on the radar of reality-television-show fans when it was featured in an episode of “The Real Housewives of Orange County.”

But when physical stores were required to close due to COVID-19 restrictions, CAllie Girl’s income dropped to almost nothing, said Jennifer Arnott, the store’s founder. In March and April of 2020, her staff worked 15-hour days to redevelop the skeleton e-commerce website CAllie Girl had kept to merely maintain an online presence by transforming it into a competitive e-commerce shop. The business made it through a tough year, and CAllie Girl continues to employ nine people who work in the bricks-and-mortar store and the e-commerce shop.

As the pandemic changed fashion trends, since March 2020 CAllie Girl customers have focused on clothing to lounge around in and run errands in.

Top selling items include sweatshirts from Z-Supply. Retail price points range from $44 to $50. Another popular item is the “shacket,” or shirt jacket, which starts at $44.