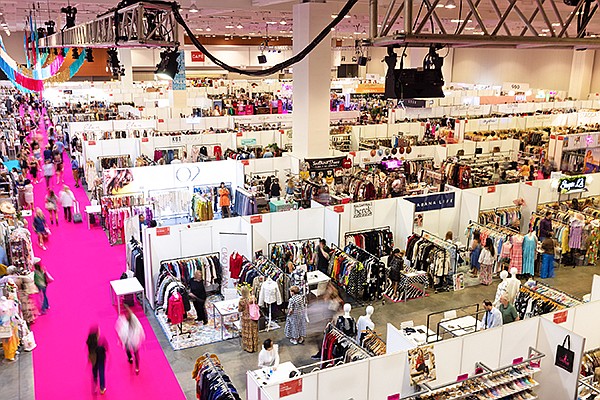 The debut MAGIC Nashville show saw 8,000 registered attendees from 17 countries as well as all 50 U.S. states. The show provided a closer opportunity for Southern and Midwestern brands to attend a MAGIC trade show.

The debut MAGIC Nashville show took place May 16–17 at Music City Hall in Nashville, Tenn., exhibiting over 300 local and national brands, with 21 percent of them women-owned and 24 percent self-reporting as sustainable. The show provided an opportunity for Southern and Midwestern brands and retailers to attend a MAGIC show in or near their own backyards.

In total, the event saw 8,000 registered attendees from 17 countries and from all 50 U.S. states, with the top represented states being Tennessee, Kentucky, Illinois, Texas and Indiana. Of the attendees, 84 percent had purchasing power with the title of Owner, CEO/President/EVP/VP/Chairman/Managing Director or Buyer/Associate Buyer/Senior Buyer with 64 percent being new buyers.

“Given the overwhelmingly positive response we received from the industry in the months and weeks leading up to our launch of MAGIC Nashville, we had high expectations for the event’s debut, all of which were absolutely blown out of the water,” said Kelly Helfman, president of Informa Markets Fashion. “The energy was palpable from start to close, underscoring that Nashville is a burgeoning fashion hot spot. And it was so much more than a trade event—the two days were packed with live music performances as well as on- and off-site parties, giving the event a festival vibe. We could not be happier with the end result of the event’s debut and look forward to expanding in the coming years.”

Other highlights of the event included various educational talks and discussions regarding trends and tips for creating a successful business. The live music performances added a refreshing and welcome alternative to traditional DJ sets playing music at many trade shows. Attendees were able to take advantage of invitations to such rare opportunities as riding a mechanical bull, sponsored by By Together, and attendees could also memorialize their outfits with a fashion sketch by fashion illustrator Jade Sta Ana.

Attending on behalf of Von Maur, the Iowa-based chain of department stores, General Merchandise Manager of Feminine Apparel Joanna Powers was attending the show mainly to shop the juniors category. Powers said that the show was easy to navigate and the energy was great.

“We really attended it to see what it could become as it grows. It’s a pretty easy trip for us to get to Nashville. We had a few immediate needs to fill and wanted to see any new emerging trends. We found one new graphic knit resource. As the show grows, I hope to see more unique vendors, accessories and more contemporary vendors.”

Jeremie Brunschwig, chief operating officer for Elan, said the debut show was a great success and that it was great to see new and familiar faces in an exciting new environment. Brunschwig said that exaggerations and bold colors were some of the trends he noticed for Fall, including large collars, zipper details, colorful animal prints, color blocking and vibrant colors. The timing of the show also lined up perfectly for Elan.

“For many customers this was their first chance to see the brand new Holiday collection. Usually we launch Holiday in the June rotation of trade shows, so this was a great chance to plan ahead,” Brunschwig said.

Blake Rayon, president of the Uncommon Fashion Group, said he was impressed with the debut and the amount of activity and business being conducted. Uncommon Fashion also had booths for brands it represents including Lucy Paris, Refined Canvas and Patrons of Peace, young contemporary brands Rayon said were doing great business across the show.

“There was a lot of order placing. It was a very active show. I think what we’re also seeing with the ports issues and ongoing closures in China is that a lot of clients have not been receiving merchandise and there is a need to fill in dollars and fill up windows, especially our Southern business and the Northeast,” said Rayon. “People really need inventory, which is why it was really great to see other young-contemporary brands who are usually 30 days in on shipping having such activity. It tells you that the marketplace is doing well and that people are needing to fulfill those things that are missing.”