After a six-month investigation, the U.S. Department of Labor issued a nearly $54,000 fine against a Los Angeles garment sewing contractor for underpaying 21 employees.

Nearly one month after 33 parents were indicted for paying bribes to get their children into prestigious universities, 16 of them were indicted by a federal grand jury on a secondary charge of fraud and money laundering.

Rent the Runway was started in 2009 by two East Coast women who hit upon the idea of renting out clothes to a broad range of women who like to mix up their wardrobe but may not have the money to buy a full closet of clothes.

Los Angeles fashion designer Mossimo Giannulli and his wife were named in a massive federal indictment accusing wealthy individuals of paying bribes to get their children into prestigious universities. 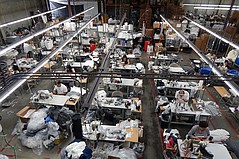 Ringing in the new year means ringing in a whole set of new laws that are important for employers to know. Most of these laws go into effect Jan. 1, but the minimum-wage increase in Los Angeles doesn’t take effect until July 1.

Under the recently passed Agriculture Improvement Act of 2018, signed by the Trump administration, hemp has been removed from the Controlled Substances Act, which was signed by President Richard Nixon in 1970.

The owners of Pacific Eurotex Corp., a textile company in Los Angeles, were sentenced to federal prison after they pleaded guilty last year to federal money-laundering and tax-evasion charges. 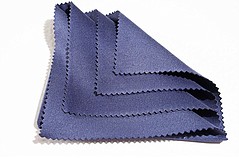 It might have led the charge for similar plastic microfiber bills in New York and Connecticut, but California’s Assembly Bill 2379 is off the table—for now.

Joining West Hollywood and Berkeley, Calif., San Francisco implemented a similar ban restricting the sale of fur products following a unanimous 10–0 vote by the San Francisco Board of Supervisors. At the forefront of the ban was Supervisor Katy Tang, who represents the city’s Sunset and Parkside neighborhoods.

The Big Issue of Microfibers in AB 2379

Last month, state Assembly member Richard Bloom introduced Assembly Bill 2379 to the California State Legislature. The bill would require manufacturers of clothing that comprises more than 50 percent polyester to include a label recommending consumers bypass the washing machine and handwash these items instead.