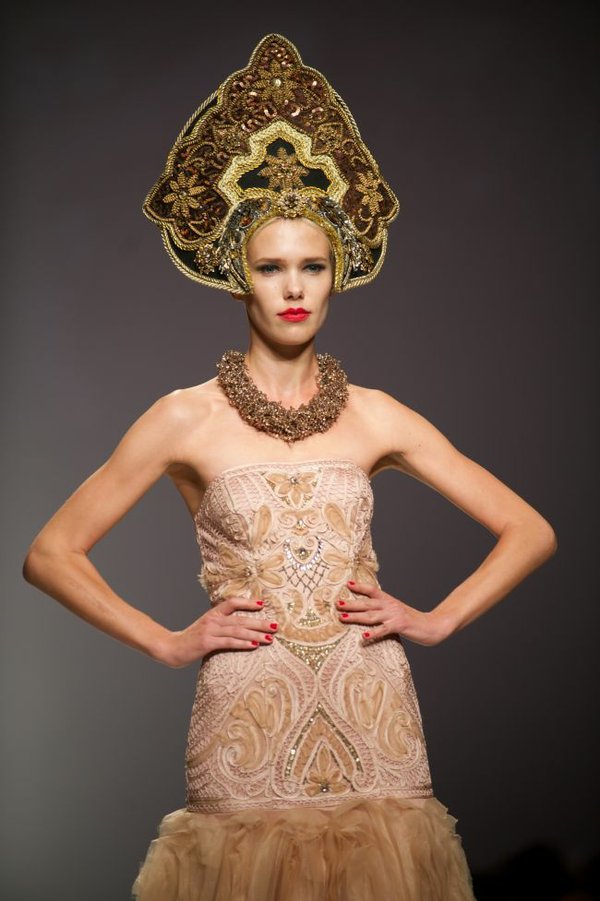 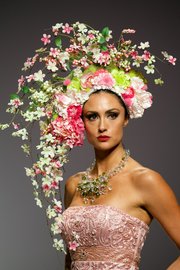 Style Fashion Week kicked off its Spring 2015 runway shows on Oct. 15 with an epic 76-look production by Sue Wong. Wong, a veteran Los Angeles couture and eveningwear designer, reached to the world of fantasy for the collection’s theme: Fairies & Sirens. According to the show’s program, the theme represents something of the yin and yang in every woman. 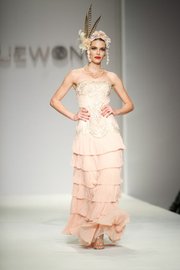 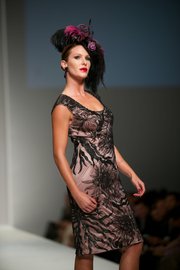 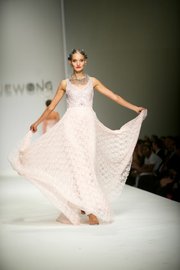 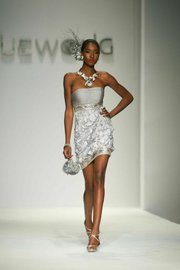 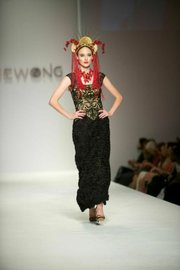 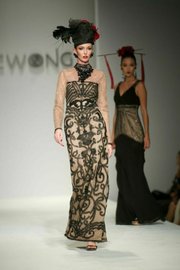