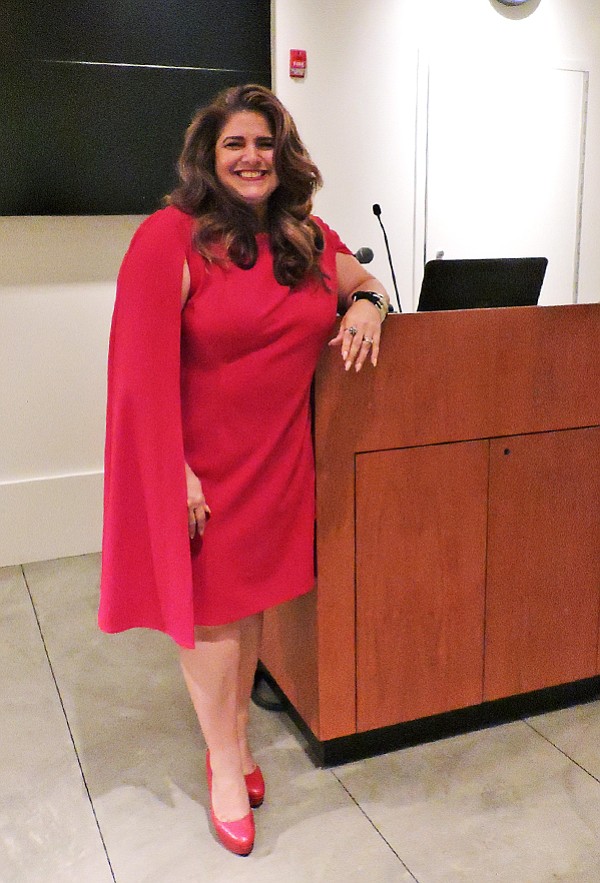 At a Nov. 13 event at Los Angeles Trade-Technical College in downtown Los Angeles, Fashion Group International offered its take on Spring/Summer 2018 with a comprehensive look at the trends based on runways in New York, Paris, London and Milan.

When Wendy K. Bendoni got her start in the trend-forecasting business, the job involved multiple overseas trips to international fashion capitals with a long lead time to distill the trends for the upcoming season.

“You would go to Europe five times a year and then you would have nine months to produce it,” she said.

While the trends trickled down into the mass market, the trend forecaster moved on to the next season.

The advent of fashion bloggers and social media changed that leisurely cycle and shifted the focus from the runway to the bloggers themselves.

In the early days of social media, Bendoni said she began monitoring social-media conversations and working with data scientists to create an algorithm to measure shoppers’ likes and dislikes. Earlier this year, Bloomsbury Visual Arts published Bendoni’s book on the subject, titled “Social Media for Fashion Marketing: Storytelling in a Digital World.”

The instructor and author recently spoke to a group of Los Angeles Trade-Technical College students at the school’s downtown Los Angeles campus. The Nov. 13 event was hosted by the Los Angeles chapter of Fashion Group International and featured the longstanding fashion organization’s trend forecast for Spring/Summer 2018.

These days, there are tools that help retailers and brands track consumer behavior online. This goes beyond simply “liking” something online to predicting purchasing behavior.

In a world where the average American consumer spends five hours per day on the phone and consumers expect the instant gratification of service sites such as Uber and Airbnb, Bendoni noted a number of consumer behaviors to watch.

People are “consuming to share” on social media and looking for “fashion on demand.”

Apps such as The Hunt and Like to Know It help consumers find where to buy items they have seen. Similarly, e-tailer ASOS has an app that lets consumers upload a photo and then find the closest item within the retailer’s massive and quickly changing inventory. ASOS adds 17,000 new products to its website every month, Bendoni said. Net-A-Porter also has a visual search tool.

Consumers are also influenced by what other shoppers are viewing and buying online, which might explain why Pinterest has the strongest conversion rate among social-media platforms.

“Bricks and mortar are trying to figure out how to bring it into the store,” Bendoni said.

Brazilian retailer C&A displays clothing on hangers that tell shoppers how popular the item is on Facebook. Polyvore’s PolyData measures popular items based on what consumers have added to their Polyvore boards.

There is also specialized software for measuring consumer buying patterns, such as Edited, which can gather information about what is selling in real time.

“Data is the future,” Bendoni said. “My job is to figure out how to keep up with the high expectations of consumers.”