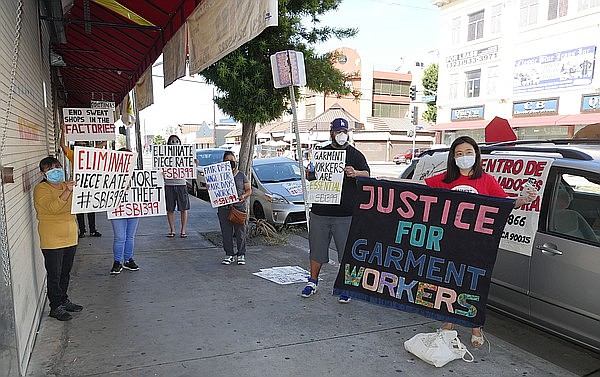 Newsmakers 2020: Garment Workers Center Was In Reach of Major Goal

For 19 years, downtown Los Angeles–headquartered labor advocates from the Garment Worker Center have been seeking to change the way the industry does business. In 2020, the group came the closest it has ever come to reaching its goal.

The GWC was one of the authors of the Garment Worker Protection Act, a bill introduced to the California legislature this year. It sought to outlaw piece-rate work, a traditional way that garment workers have been compensated. The proposed law also sought to expand retailers’ liability for unpaid wages owed to sewers employed by subcontractors who produce apparel sold at stores.

The bill was approved by the California State Senate in June; however, it ran out of time on Aug. 28. The State Assembly is required to approve the bill before the governor can sign it into law. During a legislative session, the assembly contended with other major issues such as police reform, leaving assembly members out of time to vote on the Garment Worker Protection Act and the bill died.

Marissa Nuncio, the GWC’s director, said that the group and its colleagues were frustrated by the reversal but would not quit. On Dec. 7, the Garment Worker Protection Act was reintroduced to the State Senate. The bill’s principal author is State Senator Maria Elena Durazo, who said that passage of the bill is more crucial now than ever. “Hundreds of millions of dollars in wage theft and unsanitary conditions were prevalent before the virus and have been exacerbated during the pandemic, even as highly skilled garment workers are making the protective equipment our state needs, often for as little as $5 an hour,” Durazo said.