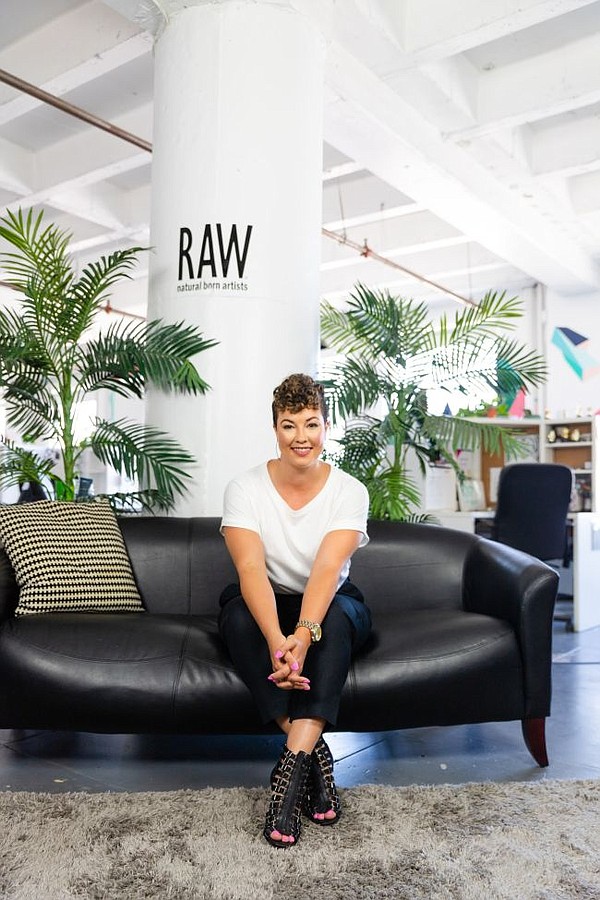 Heidi Luerra has worked as an events producer for more than a decade—we can now add the job of author to her resume. On Sept. 17, the Los Angeles-based Luerra is scheduled to release The Work of Art: A No-Nonsense Field Guide for Creative Entrepreneurs in paperbook and e-book. Later this year, she'll release her project in audiobook.

Luerra did research for this book by going straight to the source. She is the founder and chief executive officer of RAW: natural born artists. Her company produces nightclub-like showcases for new artists in cities across the U.S., as well as spots in Canada, Mexico and Australia. Project Runway contestant Venny Etienne produced his first fashion show at a RAW event in 2014. The RAW pop-up art showcases also offer gigs for musicians, visual artists, performance artists and other fields.

While working with these new creatives, she noted that they all seemed encounter the same pitfalls, many of which she encountered during her work as a fashion designer more than a decade ago. Sure, there were business books for creatives, but they always seemed vague, she contended. She thought they needed step-by-step guides. So she decided to write one.

The Work of Art runs 312 pages, which profile 14 creative entrepreneurs, including Etienne. They share the hardships, triumphs and laughs of their journeys, including their tips for getting through the hard first steps of establishing careers. Luerra also includes step by step guides on budgeting, selling, branding and negotiating with other people…and keeping one’s one peace of mind.

The book will be available on Amazon.com and barnesandnoble.com, but she chose to self-publish for a reason. “It’s on message. I am trying to encourage independent artists and creatives of all stripes that they can do it. Except for you, there is no one person who is the end-all and be all for your success,” she said.