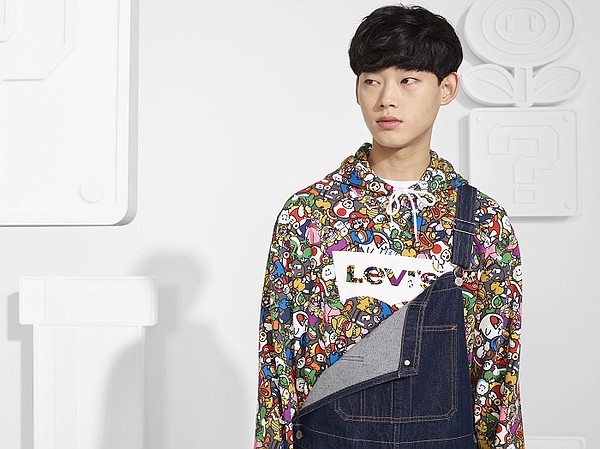 A special 501 '93 Straight-edition jean features a custom-selvedge cuff with the phrase "Power Up," in addition to a print of Mario featured on the inside of the waistband. Additional details inspired by the Super Mario games include gold-coin graphics that seem to fall into jean pockets, vintage video game-inspired Levi's tabs, colorful shank buttons, and mushrooms and stars featured on back patches. 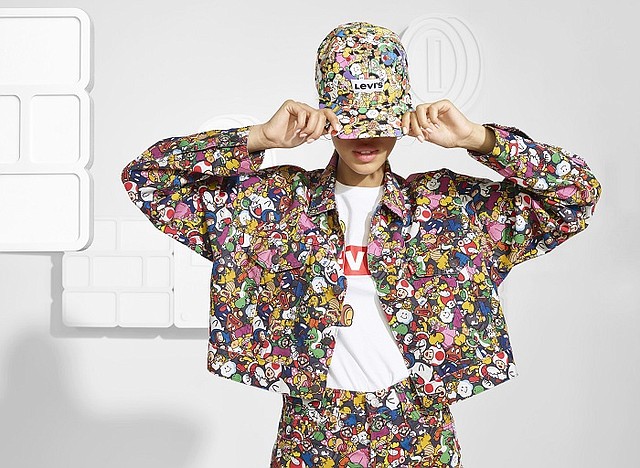 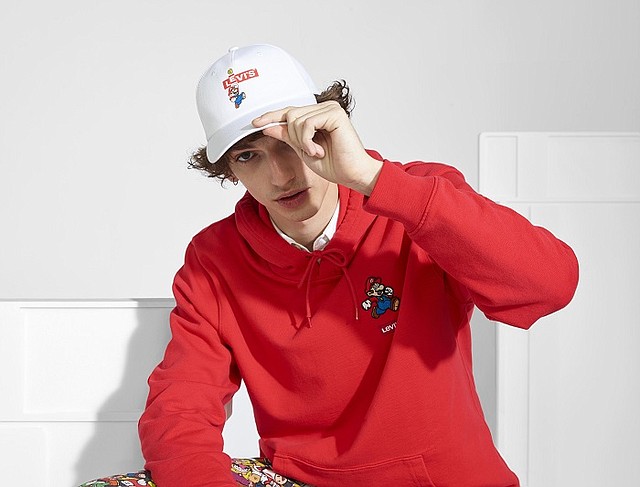 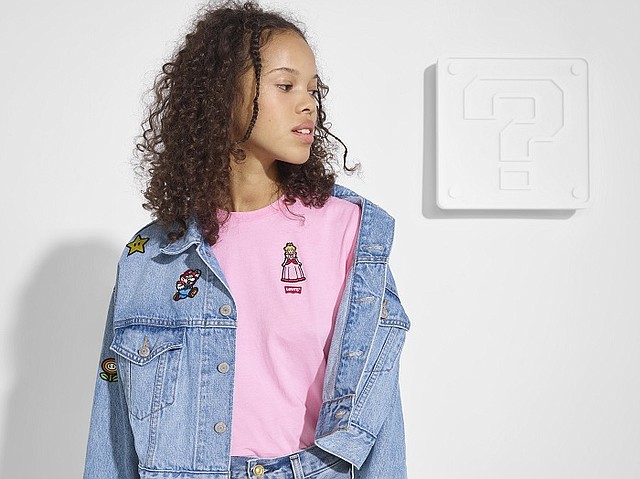 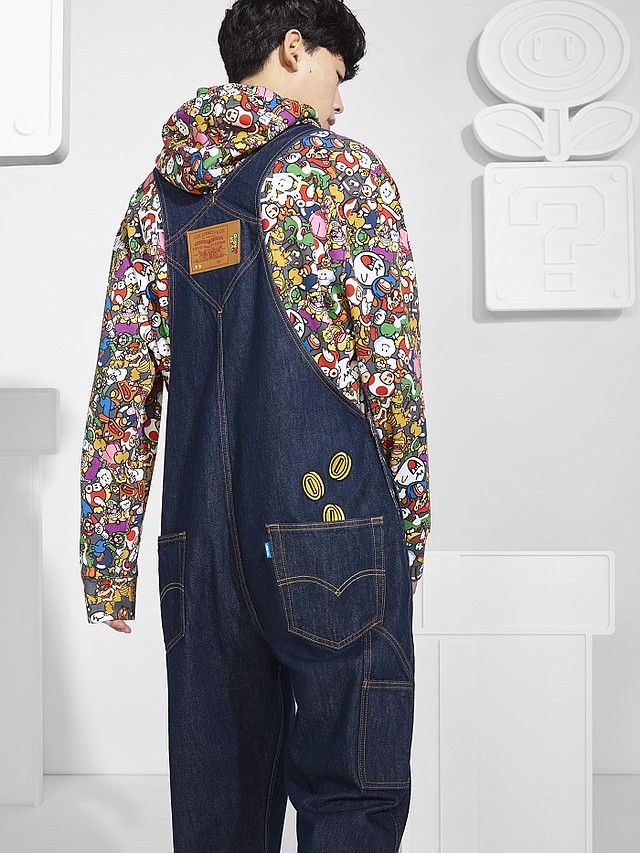 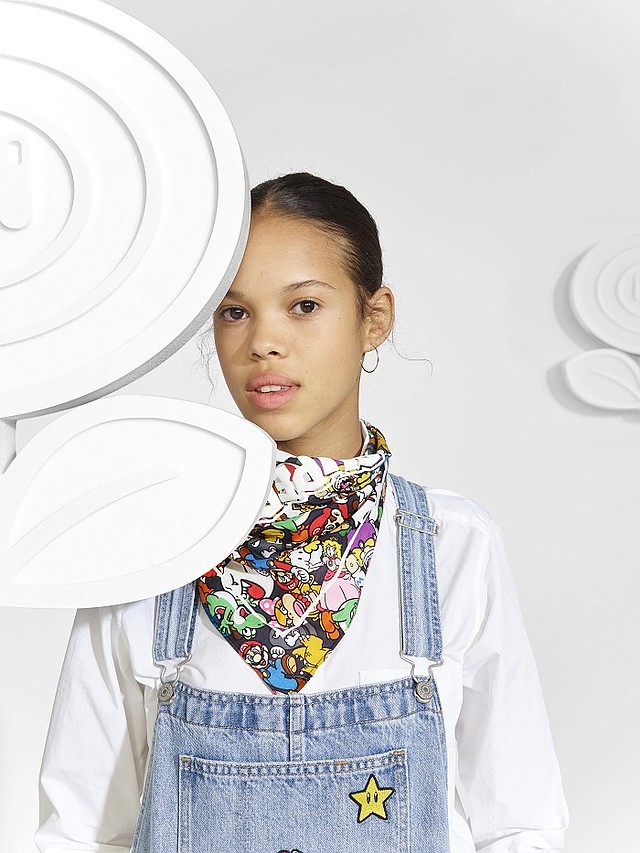