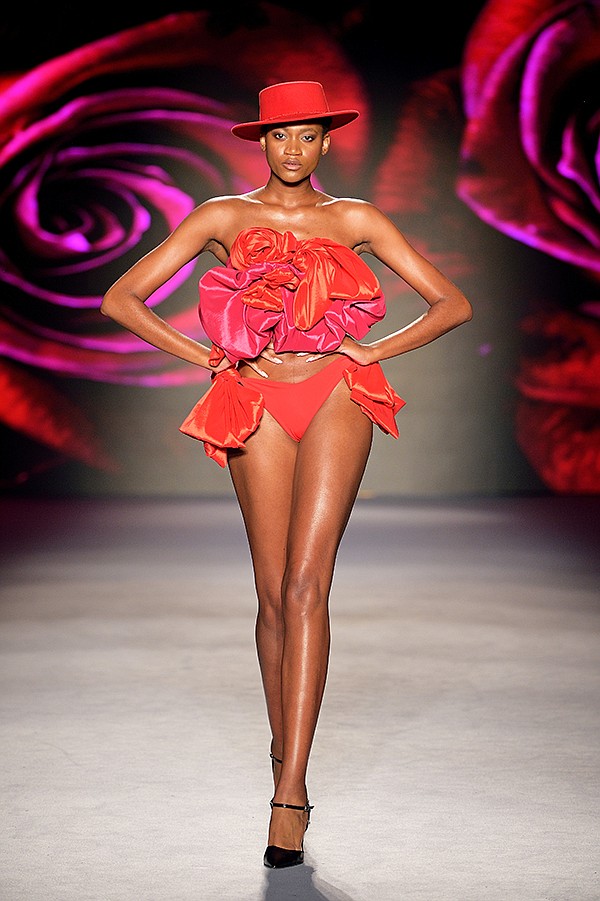 On the trade-show scene, SwimShow returned for its 37th appearance at the newly revamped Miami Beach Convention Center with added offerings but also maintaining its many heritage swim-and-resort brands. Its big news was the launch of a complimentary fashion-runway segment called Nu Wave Swim at the Miami Beach Botanical Gardens to bring brands to life during Miami nights following trade-show days.

Swim fashion could be found on the Paraiso Miami Beach runway located at the W South Beach and Collins Park, whose location near the sand was an inspiration for admiring an array of swim styles from sporty designs to elegant swimwear.

After a big move to the Miami Beach Convention Center, Cabana still remained committed to maintaining its intimate atmosphere, despite its larger home. The show featured new resort-and-swim styles from many emerging brands in addition to its loyal exhibitors.

At Hammock, the focus was on sustainability as management catered to buyers who serve conscientious consumers. Held at the 1 Hotel, the show included luxury brands that attracted representatives from major high-end retailers.

Making its presence known with a bright, colorful splash, Informa Markets launched its Destination: Miami event, which offered an entrance point for many international brands who sought to take on the market in the United States. The event was held at Faena Bazaar and brought a more customized approach to swim trade shows.

For more in-depth accounts and styles from Miami Swim Week, follow the links below.