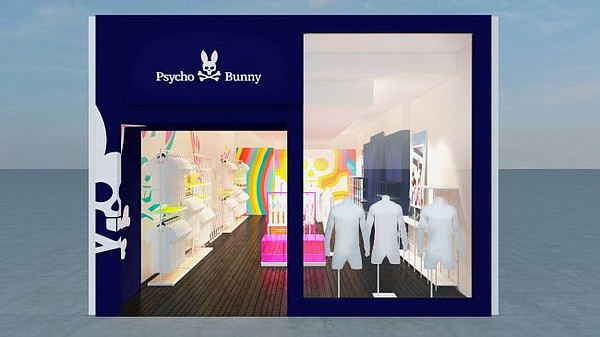 In 2005, menswear mavens Robert Godley and Robert Goldman started Psycho Bunny, a menswear company focused on the irreverent graphic of a rabbit’s head and crossbones. They made T-shirts, ties, polo shirts, golf apparel, socks and other items bearing a bunny Jolly Roger logo. Years later, the brand is still on the move.

On Nov. 4, it was announced that the New York City-based brand is scheduled to open a handful of new store locations this fall. Look forward to Psycho Bunny shops at Westfield Century City in Los Angeles, South Coast Plaza in Costa Mesa, Calif., and Westfield Valley Fair in San Jose, Calif. The store footprints will range from 1,200-square-feet to 1,500-square-feet, said Alen Brandman, Psycho Bunny’s CEO, who also serves as president and CEO of the brand’s parent company Thread Collective.

“Psycho Bunny is thrilled to continue expanding its retail footprint in 2020 and looking forward to additional openings in 2021 and beyond,” Brandman said. “In a time when stores are closing, Psycho Bunny has seen tremendous retail growth proving that we have a very loyal customer base that resonates with the brand. I’m incredibly excited to continue Psycho Bunny’s expansion in the U.S.”

In 2021, Psycho Bunny is scheduled to open a San Francisco shop.