When U.S. tariffs were levied in September on $200 billion worth of Chinese imports, some apparel companies saw the writing on the wall even if they wanted to erase it. 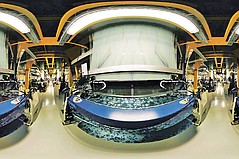 New tariffs on nearly half the goods imported from China haven’t dampened retailers’ zeal for bringing in merchandise from overseas factories.

NAFTA Turns Into a Three-Way Deal With a New Name

With the last-minute announcement on Sept. 30 that Canada would be joining the free-trade agreement with the United States and Mexico, there will be a new North American Free Trade Agreement covering about $12.5 trillion in trade.

Trump administration will impose tariffs on $200 billion worth of Chinese goods as of next week.

There is nothing like the prospect of tariffs on Chinese goods to nudge importers to bring in their merchandise a little early to avoid a hefty increase in prices.

Apparel Production in Mexico Will Change Slightly Under NAFTA 2.0

The renegotiated free-trade deal between the United States and Mexico has a new name and a new set of rules that will make it a little more difficult to manufacture apparel in Mexico.

Apparel Would Benefit From Propose U.S. Free-Trade Agreement With EU

After months of talking about slapping tariffs on various imports from China, Canada and Mexico, the Trump administration announced it would like to start negotiations with the European Union to eliminate tariffs between the two regions.

The latest round of proposed tariffs on Chinese imports has the apparel world wondering if it is time to shift its manufacturing from the country that for decades has been known as the apparel factory to the world. 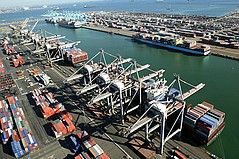 A Budding Trade War Could Harm a Growing U.S. and California Economy

Despite rumblings of a trade war, the U.S. economy is marching forward at a nice pace as the U.S. unemployment rate hits a low not seen for almost 50 years.

In the latest salvo in the tariff war between the United States and China, the U.S. cotton industry is expected to receive a direct hit as China piles on an additional 25 percent tariff on U.S. uncombed-cotton imports.

Tariff War Heats Up and Expands to U.S.-Made Clothing

A major trade war that started with aluminum and steel is now migrating into steep tariffs being placed on U.S.-made apparel exported to Europe.

The U.S. textile industry has asked the Trump administration to place tariffs on certain textile and apparel products made by China that may infringe on U.S. companies’ intellectual-property rights.

The stainless-steel vats that populate the factory floor at Swisstex California churn out ribbons of damp, recently dyed knit fabric that piles up in large plastic carts before being sent to the finishing machines.